US lawmakers call for halt on Colombia police weapon sales 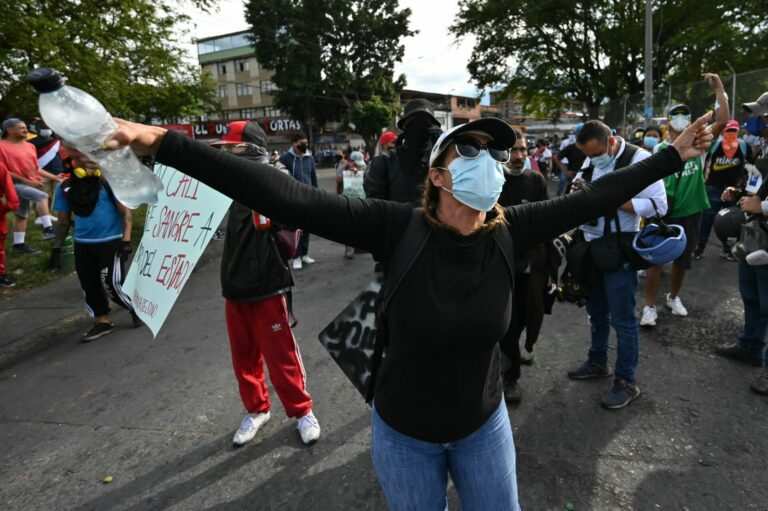 More than 50 U.S. lawmakers have called for a halt to assistance to the Colombian national police, including ending weapons and equipment sales, as protests fueled by growing poverty during the pandemic have rocked the nation.

In a letter to Secretary of State Antony Blinken and Reps. James P. McGovern, Mark Pocan, Jan Schakowsky and Raul Grijalva led their colleagues in expressing “grave concern” about the situation in Colombia, and urged the U.S. government to denounce police brutality there.

They called for a suspension of aid to the police and a stop to equipment sales or training until human rights benchmarks are established and met.

“Colombia’s security forces, especially its national police, are more unleashed than we have seen in decades of strife — hundreds of citizen videos show aggressive, indiscriminate use of lethal and non-lethal weapons against citizens in ways that violate both Colombian law and international human rights standards,” the lawmakers wrote.

The U.S. should “caution Colombia’s government against deploying its combat-hardened military for crowd control,” they added.

Protests started in Colombia after President Ivan Duque announced a bill in April that would tax middle-class and wealthy individuals to rein in the nation’s rising deficit. The measure was met by fierce backlash in a country where poverty has surged during the pandemic.

More than 40 people have died during weeks of protests, and Colombia police have been accused of using excessive force to break up riots and demonstrations. The country moved faster than other emerging markets to put its finances in order, and Latin America overall has seen poverty deepen during the pandemic.