Taiwan responds to magazine cover depicting it as a target 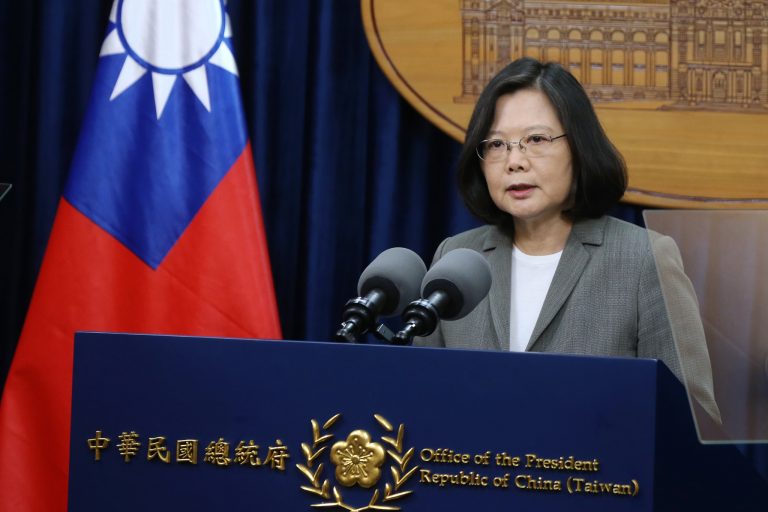 Taiwan’s politicians have largely welcomed a headline and graphic on the cover the May 1, 2021 issue of The Economist depicting the democratic island as “The most dangerous place on Earth.”

The graphic shows Taiwan, whose 24 million inhabitants are consistently refused representation in global organizations on the insistence of the Chinese Communist Party (CCP), in the target sights of an aircraft or missile.

The image is a reference to growing military rhetoric and incursions by Beijing, which has never controlled the island, yet refuses to renounce the threat of force to annex it.

“While Taiwan does face a real threat from China, I want to assure everyone that our government is fully capable of managing all potential risks and protecting our country from danger,” Tsai wrote in a response published on her Facebook page.

“The danger referred to in the article originates with China, and doesn’t only affect the Taiwan Strait,” Ou said. “China has intimidated its neighbors and pursued expansionist policies across the East China Sea, the South China Sea and in southeast Asia.”

DPP lawmaker Wang Ting-yu said the article showed that the biggest threat to Taiwan’s security and prosperity comes from China.

“In the face of that threat from China, a rebalancing of ties with the U.S. and checks and balances [on Chinese aggression] from the U.S. will put people at their ease,” he said.

“[It will] also ensure that international investors can put their money here with confidence.”

‘Not the first option’

Tamkang University political scientist Chao Chun-shan said China hasn’t yet shown any indication that it is fully committed to using force, however.

“I don’t think that military force would be the first option for China, because they still feel that they can achieve the same result without it,” Chao said. “But once they do make up their minds, they will stop at nothing.”

“That is how we are going to continue to approach the Taiwan issue going forward, with steadiness, clarity and resolve with respect to our view that there should be no unilateral changes to the status quo,” he said.

Sullivan’s comments came after Director of National Intelligence Avril Haines told the Senate Armed Services Committee that Taiwan appears to be “hardening” in the direction of independence in the face of growing threats and escalated rhetoric from China.

“I would say that already Taiwan is hardening, to some extent, toward independence as they’re watching, essentially, what happened in Hong Kong, and I think that is an increasing challenge,” Haines said in April 29 testimony to the committee.

But she said any attempt to remove ambiguity around whether Washington would come to Taiwan’s military aid would likely be destabilizing.

Such a move would “solidify Chinese perceptions that the U.S. is bent on constraining China’s rise, including through military force,” Haines told the committee.

On the streets of Taiwan’s capital Taipei, a resident surnamed Lin said people aren’t worried enough about the threat of a Chinese invasion.

“I think [the article] is right, but the biggest problem is that Taiwanese people are oblivious to this,” Lin said. “So many international figures and strategists are trying to warn the people of Taiwan, and yet we just carry on eating, drinking and having fun.”

A younger woman, also surnamed Lin, said Taiwan Semiconductor Manufacturing Co. Ltd. (TSMC) is regarded as so crucial to global high-tech supply chains that it will effectively protect the island from invasion.

“It something bad happened to Taiwan, that would create a global disaster,” she said.

Kuomintang congressional assistant Hsu Chien-hung and others recently co-authored an op-ed article in The Diplomat, calling on the U.S. not to abandon its strategic ambiguity on Taiwan.

“Beijing doesn’t know which way [Washington] will jump, whether they would send in the troops, so this makes them cautious because they don’t know where the U.S. has drawn the line,” Hsu told RFA.