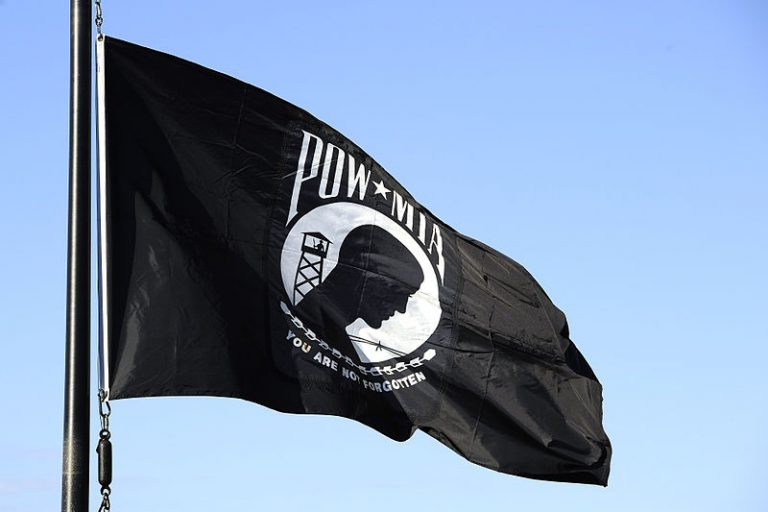 On July 8, 1944, a P-38 piloted by 23-year-old 2nd Lt. Henry Donald Mitchell of Harmon crash-landed in a deeply wooded area near Waldegg, Austria after a flight sweep to Vienna with the 48th Fighter Squadron.

Ever since then, his younger brother Bob Mitchell of Fort Smith has wondered what exactly happened that day. This week, new hope came by email from the U.S. Department of POW/MIA Accounting Agency.

After decades of not being able to search the crash site, a team with the agency was recently able to conduct a forensic excavation. They have found possible human remains.

“The recovered materials have not yet been examined by a forensic anthropologist,” Bob Mitchell said, quoting an April 27 email from a casualty specialist involved with the case.

The agency expects to finish the excavation soon and is working to transport the evidence to its laboratory as soon as possible after excavation work is completed, the email concluded.

Martin Weiss, the Austrian ambassador to the United States, tweeted a report Thursday on the excavation.

Inside the post by Weiss is a photo of the search site, noting that Chargé d’Affaires Robin Dunnigan and Defense Attaché Col. Mark Barlow assisted the recovery team and Austrian Raimund Riedmann, a pilot with the Flying Bulls, flew a restored P-38 in a “horrific fly over event for the team.”

Mitchell’s efforts to find his brother’s remains began in earnest in 1997 when he wrote his 3rd District Congressman, now-Arkansas Gov. Asa Hutchinson, for help in obtaining his brother’s military records. In September 2017 the Times Record ran an article detailing how efforts to excavate the crash site were stalled by the landowner at the time.

New hope of an excavation came in the fall of 2020 when Mitchell was informed the former landowner had passed away and his son was more willing to allow excavation.

“He said you could do it anytime anywhere as long as it was not during deer season,” Mitchell said of the landowner.

Mitchell said he is still thankful to Markus Reisner in Austria for finding the downed World War II aircraft. Using information from the U.S. military via Mitchell, and interviews with locals who recalled the crash, Reisner and his group of private researchers found Henry Mitchell’s P-38.

Cherri Lawless at the Casualty and Mortuary Affairs Operations Center in Fort Knox, Kentucky verified the plane’s identity by confirming serial numbers found at the crash site with those on record for 2nd Lt. Mitchell’s P-38 aircraft manufacturer, Lockheed Martin — 42-104051.

Going by what he had read in the casualty report, Mitchell had always thought his big brother ejected and did not go down with the plane.

“I seriously doubted it (that he had gone down with the plane) because I knew my brother … he was a daredevil anyway, and if he could have gotten out of that plane he would have tried,” Mitchell said.

The P-38 was a difficult plane to safely get out of during flight if damaged. There was no rocket-propelled ejection seat, and the horizontal stabilizer that connected the two engine fuselages could be deadly to those who bailed out, Mitchell explained.

But he never knew what happened for sure.

The Missing Air Crew Report for Henry Mitchell, (No. 6807) tells the story of what they do know.

As a member of the 14th Fighter Group of the 48th Fighter Squadron, 2nd Lt. Mitchell had departed Triolo, Italy in a P-38 Lightning with the serial number 42-104051. His group arrived at the target at 10:15 a.m. and the formation split into squadrons. Several squadrons encountered enemy aircraft.

As the 14th Fighter Squadron was returning from the target 10 miles northeast of Vienna, they again encountered enemy aircraft. Flight leader, 1st Lt. Donald E. Wimmer, recalled that 2nd Lt. Mitchell was flying in the No. 2 position, at his wing. When they were about 10 miles northeast of Vienna, around 11:05 a.m. at an altitude of 23,000 feet, the pilot in the No. 3 position called for a “left break.”

After Lt. Mitchell followed the flight leader through the turn, Wimmer noticed enemy aircraft attacking from the rear and called for a “right break.” That was the last he saw of Lt. Mitchell.

That last radio contact took place near Deutsch-Wagram, about 10 to 15 miles northeast of Vienna. Lt. Mitchell was not heard from again after that transmission.

Because he was not seen crashing, several airmen thought Lt. Mitchell could have survived and was taken prisoner by the Germans. Information provided on the missing in action case was compiled by Paul Axsom, a World War II and Korean War casualty specialist with the Casualty and Mortuary Affairs Operations Division of the U.S. Army Past Conflict Repatriations Branch, using Lt. Mitchell’s Missing Air Crew Report and Individual Deceased Personnel File.

Many years passed when the Mitchell family was uncertain of their war pilot’s status. No word came from either the Red Cross or German forces by July 1945 one year after the crash. In December 1953 his remains were deemed “non-recoverable” and his name was removed from the Deferred Search Roster. In 2012, U.S. Steve Womack, R-Arkansas, put Bob Mitchell in touch with Reisner, the Austrian researcher who in the past had provided the POW/MIA Accounting Agency with assistance in locating crash sites.

The site was located in 2013 with the help of Austrian researchers using a Waldegg-area school chronicle of an aircraft crash on July 9, 1944. Reisner and his team found aircraft wreckage consistent with a P-38 and a WWII-era boot sole that was confirmed by laboratory analysis.

If the remains are confirmed to be Lt. Mitchell’s, a military service will eventually be held at the Fayetteville National Cemetery where a stone for the fighter pilot already exists.