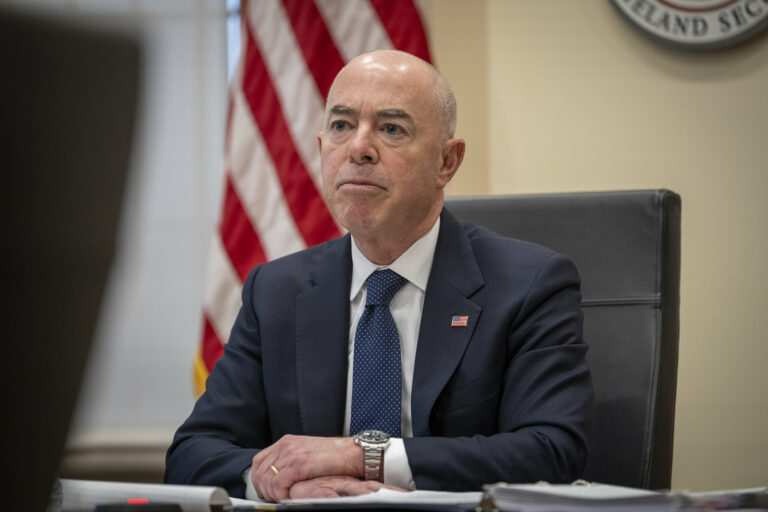 The Department of Homeland Security issued a National Terrorism Advisory System Bulletin Friday warning that the United States is “facing threats…posed by domestic terrorists” and that “violent extremists” may attempt to “exploit easing COVID-19-related restrictions.”

“The Homeland is facing threats that have evolved significantly and become increasingly complex and volatile in 2021. These threats include those posed by domestic terrorists, individuals and groups engaged in grievance-based violence, and those inspired or influenced by foreign terrorists and other malign foreign influences,” the bulletin states.

“Social media and online forums are increasingly exploited by these actors to influence and spread violent extremist narratives and activity.  Such threats also are exacerbated by the impacts from the ongoing global pandemic.”

The bulletin said “violent extremists” may “exploit the easing of COVID-19-related restrictions,” and could use social media to sow discord.

The agency warned that government facilities and personnel have been common targets for Domestic Violent Extremists in 2020 and 2021, noting “opportunistic violent criminals are likely to exploit Constitutionally-protected freedom of speech activity linked to racial justice grievances and police use of force concerns, potentially targeting protestors perceived to be ideological opponents.”

According to the advisory, the DHS and Federal Bureau of Investigation (FBI) are working to provide guidance to state, local, tribal and territorial partners regarding the “current threat environment.”

“DHS is collaborating with industry partners to identify and respond to those individuals encouraging violence and attempting to radicalize others through spreading disinformation, conspiracy theories, and false narratives on social media and other online platforms,” it states.

The warning comes just one day after the Centers for Disease Control issued new guidance stating that fully vaccinated people no longer need to wear masks or practice social distancing.

“Fully vaccinated people can resume activities without wearing a mask or physically distancing, except where required by federal, state, local, tribal, or territorial laws, rules, and regulations, including local business and workplace guidance,” the CDC website states.