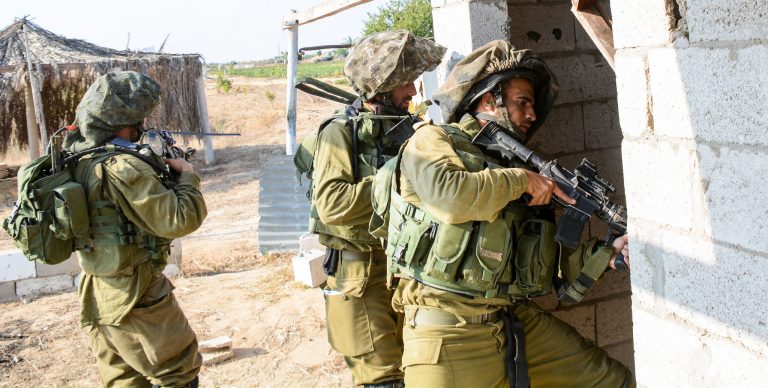 For three days the Israel Defense Forces (IDF) have been carrying out military strikes in response to waves of missiles being fired by Hamas militants in the Gaza Strip. Throughout the strikes, the IDF has been sharing tweets about both the threats posed by Hamas rocket attacks and who and what they are targeting in return.

Early on Thursday, the IDF tweeted, “An hour ago, a Hamas rocket hit a civilian neighbourhood in Petah Tikva, causing injuries & significant damage. Troops from our Search & Rescue Brigade are now at the scene providing assistance in the city’s time of need.”

Summarizing the past three days of fighting, the IDF tweeted on Thursday that, “In the last 3 days Hamas has fired 1,500+ rockets from Gaza all the way into Israel, terrorizing civilians as far as 90 miles away. Hamas, expect a response.

In another tweet, the IDF said, “Israel’s major cities are under attack. What would you do if this was your home?”

The IDF has sought to identify high profile targets hit by their strikes.

The IDF has targeted various leaders of Hamas and members of another militant group in Gaza, known as Islamic Jihad.

One IDF tweet states, “These are the faces of some of the top Hamas and Islamic Jihad leaders and terrorists. They were responsible for the rocket attacks against Israel in the last 72 hours. They will never plan another terror attack again.”

While the IDF has also sought to strike targets linked with Hamas targets, reports have indicated Palestinian civilians have also been killed in the crossfire and the IDF has faced questions about why they have targeted certain buildings.

In response, the IDF shared infographics to describe their targets.

The IDF tweeted, “With the spread of misinformation, it’s time to set this straight. This is why we attack multi-story buildings in Gaza:”

The infographic claims Hamas has been using some multi-story high-rise towers as intelligence headquarters, military offices and weapons caches. The IDF said it also takes “every feasible measure” to warn civilians in those buildings to evacuate before they strike.

Another IDF tweet states, “Hamas is using children as human shields. Hamas has been using a school—in close proximity to civilian buildings including a hospital—to hide a terror tunnel. We neutralized the terror tunnel so that Hamas can no longer hide behind innocent children.”

The IDF did not specify in this case how it “neutralized” the tunnel in question.

The IDF also shared an image of an Israeli child killed in the recent fighting.

“This is Ido,” the IDF tweeted. “He loved the Ninja Turtles, his parents, and life. Yesterday, Ido was killed when a rocket from Gaza struck his home in Israel. He was only 6 years old. May his memory be a blessing.”

On Thursday, the BBC reported at least 83 people have been killed in Gaza and seven in Israel.

During his State Department remarks, Blinken was asked if he believes the Israeli response has been proportional, given the reported Palestinian casualties.

“There is, first, a very clear and absolute distinction between a terrorist organization, Hamas, that is indiscriminately raining down rockets — in fact targeting civilians — and Israel’s response defending itself, that is targeting the terrorist who are raining down rockets on Israel. But whenever we see civilian casualties, and particularly when we see children caught in the crossfire losing their lives, that has a powerful impact. I think Israel has an extra burden in trying to do everything it possibly can to avoid civilian casualties even as it is rightfully responding in defense of its people.”

Blinken added, “As I said, the Palestinian people have a right to safety and security and we have to, I think, all work in that direction. So the single most important thing right now is de-escalation.”