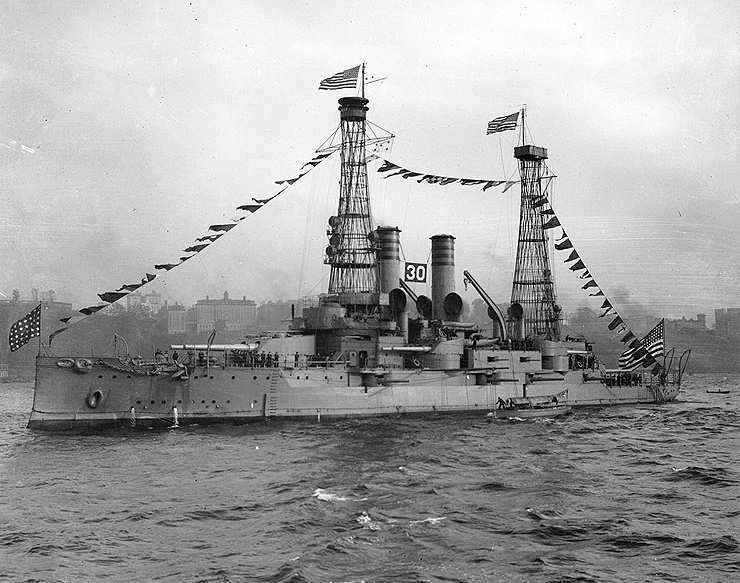 In the coming years, the Gem State will have a new military vessel donning its name.

The U.S. Navy is in the process of constructing the USS Idaho, a nuclear attack submarine that will go on active service after a commissioning ceremony in the summer of 2023. Construction first began for the submarine in August, according to Richard Colburn, a retired U.S. Navy captain and the chairman of the USS Idaho Commissioning Committee.

It has been more than 100 years since a U.S. Navy commissioned a vessel with Idaho’s name, as a BB-42 Battleship was launched in 1919.

That ship, known as “The Big Spud,” set sail in World War II and was used in the Pacific Ocean in the battles of Iwo Jima and Okinawa, according to Colburn. The old battleship was also present for the formal surrender of the Japanese in Tokyo Bay on Sept. 2, 1945, the official end to the war.

“It’s been a very long time since a ship has been named Idaho,” Colburn said Thursday.

The new USS Idaho will be much different than the last. A Virginia-class submarine, the USS Idaho will cost around $2.6 billion and is scheduled to be in service for three decades, according to the commissioning committee. The submarine will be 377 feet long and will have 120 enlisted crew members and 14 officers.

Colburn and the committee are raising funds to pay for the submarine’s 2023 commissioning ceremony, as well as habitability improvements for the crew and support programs for crew and their families.

“When you step on the submarine we want it to look like Idaho and we want them to take part of Idaho with them,” Colburn said, and that’s part of what the committee is trying to do.

Though the commissioning date is two years away, the committee is looking forward to having a ship commemorating Idaho in the waters.

Colburn said the new sub will be one of the most advanced underwater vessels once it is launched.

Among the different points of discussion regarding the new USS Idaho is its nickname. The possible monikers, Colburn said, range from the more orthodox to a play on the prior ship’s name.

“We’ve offered the moniker of ‘The Gem of the Fleet’ that the ship would use,” he said. Another suggestion? “The Fully Loaded Big Spud.”