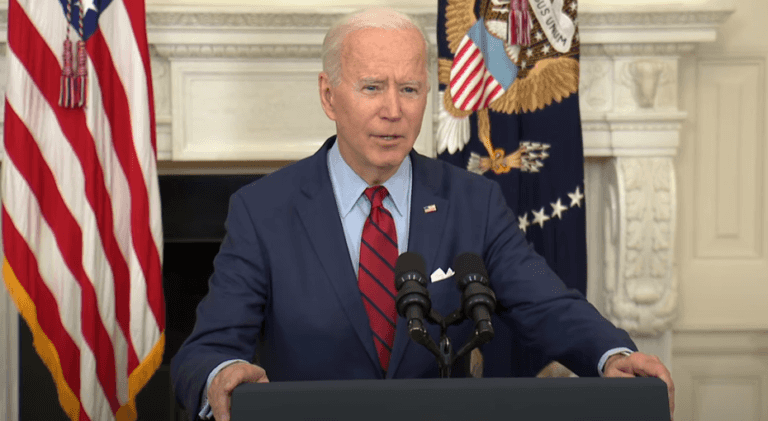 U.S. President Joe Biden has said that the time and place for his proposed summit with his Russian counterpart, Vladimir Putin, are still being worked out.

“I’m confident we’ll be able to do it. We don’t have any specific time or place. That’s being worked on,” Biden told reporters at the White House on May 7 when asked about meeting Putin in June — during his planned trip to Europe.

He said that Russia’s massive buildup of military forces near Ukraine’s border and in annexed Crimea “does not impact my desire to have a one-on-one meeting” with Putin.

“And you’ll notice he had more troops before. He’s withdrawn troops.”

Biden in April offered a meeting in a third country to discuss spiraling tensions over issues including military threats to Ukraine, the SolarWinds cyberattack on U.S. computers, and Russia’s treatment of jailed opposition activist Aleksei Navalny.

“We’re working through the question of some logistics – place, location, time, agenda, all the specifics – that was always going to happen at a staff level. It’s really up to them what they want to achieve,” White House spokeswoman Jen Psaki told reporters on May 7.

The Kremlin said it was studying the possibility of a Putin-Biden meeting.

“We continue to analyze the situation,” spokesman Dmitry Peskov said when asked whether the Russian side has officially agreed to the proposed summit.

Putin’s top foreign policy aide, Yury Ushakov, on April 25 said that planning for a face-to-face meeting between the two presidents was underway, adding: “June is being named, there are even concrete dates.”

Biden has repeatedly stated that while he will be tough on Russia over any hostile policies, he is also seeking to cooperate where the two sides have mutual interests. This includes on such issues as nuclear proliferation, climate change, the Iran nuclear deal, North Korea, and fostering peace and stability in Afghanistan.

During a trip to London on May 3, U.S. Secretary of State Antony Blinken said that Washington wants a “more stable, more predictable relationship” with Moscow but that will depend on Kremlin policies and how “recklessly or aggressively” it decides to act.

On May 7 in Kyiv, Blinken denounced Moscow’s “reckless” actions against Ukraine and said the United States is considering Ukraine’s request for “additional” military assistance to help deter Kremlin aggression.

Last month, Russia amassed tens of thousands of troops on Ukraine’s borders as well as in Crimea, the biggest mobilization since Moscow seized the Ukrainian peninsula in 2014 and war broke out in eastern Ukraine, where Russia is backing separatists.

For his first overseas trip since taking office in January, Biden plans to join the other leaders of the Group of Seven (G7) major industrialized nations for a summit in Britain set for June 11-13.

He will then fly to Brussels to participate in a NATO summit on June 14 and attend an EU-U.S. meeting with the bloc’s 27 leaders.