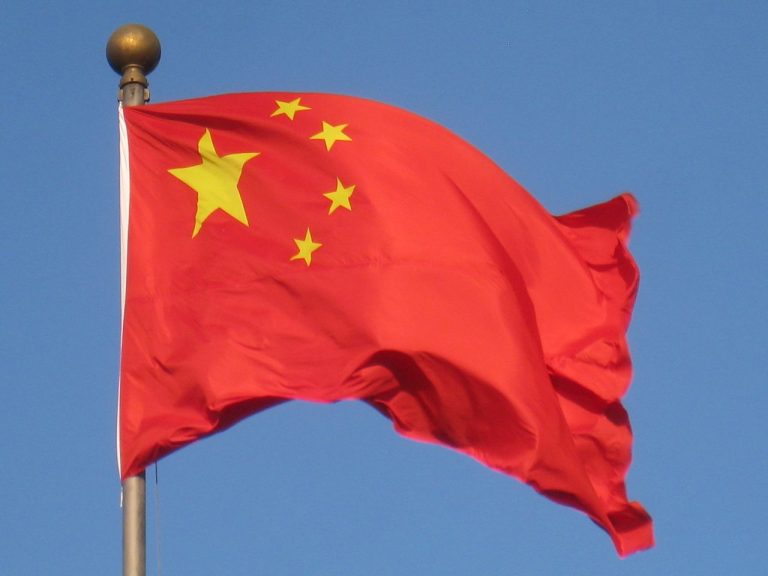 The Chinese Communist Party (CCP) is stepping up an international disinformation campaign surrounding the mass detention of Uyghurs and other Turkic Muslims in “re-education camps,” as world governments accuse Beijing of genocide.

Authorities in the Xinjiang Uyghur Autonomous Region (XUAR) are believed to have held up to 1.8 million Uyghurs and other Muslim minorities in a vast network of internment camps since early 2017.

After denying the camps’ existence initially, China in 2019 changed tack and began describing the facilities as residential training centers that provide vocational training for Uyghurs, discourage radicalization, and help protect the country from terrorism.

But reporting by RFA and other media outlets indicate that those in the camps are detained against their will and subjected to political indoctrination, routinely face rough treatment at the hands of their overseers and endure poor diets and unhygienic conditions in the often-overcrowded facilities.

Former detainees have also described being subjected to torture, rape, sterilization, and other abuses while in custody.

Parliaments in Canada, The Netherlands, and the U.K., and the U.S. State Department, have described China’s actions in the region as “genocide,” while the New York-based group Human Rights Watch (HRW) says they constitute crimes against humanity.

According to an April 2021 report from the Australian Strategic Policy Institute (ASPI), CCP-controlled media are now actively promoting Beijing’s claims that the camps are “beneficial,” with Chinese diplomats pursuing an aggressive social media and op-ed campaign in a bid to change the narrative in Beijing’s favor.

The ASPI report found that state media “were consistently in the top 10 Facebook accounts accumulating the most ‘likes’ on posts mentioning Xinjiang,” between 2018 and 2020.

“CCP propaganda is also increasingly laundered through Western influencers and denialist fringe media outlets like The Grayzone,” the report said, adding that, between December 2019 and February 2021, The Grayzone was cited at least 313 times in Chinese state media.

“The CCP’s information operations are growing in scale and reach,” the ASPI report said, adding that China’s approach has been to demonstrate “moral equivalence” between China’s actions and those of the U.S.

“The party-state has realized that it needs to speak with a more colloquial voice if it’s to actively shape opinion in the West,” it said, adding that the CCP is also outsourcing its propaganda work to companies under the CCP’s United Front Work Department’s aegis, including the Xinjiang-based Changyu Culture.

ASPI researcher and report co-author Albert Zhang told journalists from RFA and The Reporter that the scale of posts targeting social media platforms outside the Great Firewall of Chinese censorship has seen a massive expansion since January 2014.

“China’s massive promotion of substitute [narratives] on Western platforms such as Facebook and Twitter began at the end of 2019,” Zhang said.

Pro-China foreign nationals are also co-opted to share the posts, with a blog called Jerry’s China purportedly run by an Australian national sharing 697 Xinjiang-related posts linking to official sources in the course of 2020.

CCP bot accounts with unlikely names, generic photos and similar visual markers have been proliferating too, and are used to repost state media articles and pro-China content.

At the end of 2019, Changyu Culture landed a 600,000 yuan (U.S. $92,720) contract to shoot propaganda videos about the “beauty” of life in Xinjiang, producing Arabic, English, Turkish and Chinese versions, and disseminating them online.

The client commissioning the video was Xinjiang Audiovisual Publishing, which counts among its shareholders the Xinjiang regional branch of the State Administration of Radio, Film and TV.

Most of its videos have garnered less than 20 views each, but all have English-language subtitles. Its content is sometimes shared by Chinese state media on social media platforms outside China.

“The widespread use of videos is a new phenomenon,” Zhang said. “It’s harder to detect [suspicious activity] in videos, given that most platforms rely on a combination of AI and manual labor.”

“It’s harder to detect the content of videos than it is that of text and photos, and the fact that it is coming out of a publishing house instead of established official makes it harder for people to figure out whether it is state propaganda or not,” he said.

And there are signs that the new approach is working.

“Are there really re-education camps in Xinjiang?”

Halmurat Harri Uyghur, a 33-year-old doctor currently living in Finland, was surprised to be asked this question by a close friend recently, after he posted a video appeal for information about his parents, with whom he has lost touch.

“I was taken aback and asked him what was going on,” he told RFA and The Reporter. “He said that there were some videos with English subtitles online saying that life in Xinjiang is very beautiful … some of them claimed to be testimony from people in Xinjiang.”

“They described their lives there as stable and prosperous,” Halmurat Harri Uyghur said, adding that his friends appeared to have scant understanding of the extent to which the Chinese government monitors and manipulates public opinion, even far beyond its borders.

“In Xinjiang, certain people sanctioned [by the government] use Western social media to upload such things,” he said. “It’s official propaganda.”

Its efforts are finding fertile ground among a breed of leftists in the West who uncritically support communist regimes from a Marxist perspective — colloquially known as “tankies.”

“Some ultra-leftists say that the Chinese system of governance is another option besides democracy, and denying their human rights abuses,” Wang said. “And the far right is saying that China is democratic.”

“The facts are crucial in an environment like this, and yet it’s getting harder and harder to disseminate them,” she said.

After Halmurat Harri Uyghur began his online activism in a bid to find his parents, the CCP launched a massive disinformation campaign against him, claiming he wasn’t even a Uyghur, but Jewish, and flooding his social media messages with vitriol and abuse.

Eventually, he gave up public activism, deleted his Facebook account and went back to his medical studies.

“To start with, I wanted to help the victims, but after they sowed suspicion and hatred all around us with their rumors and disinformation, I became a victim too,” he said.

“They destroyed our activism, and they learned very fast how to do this,” he said.