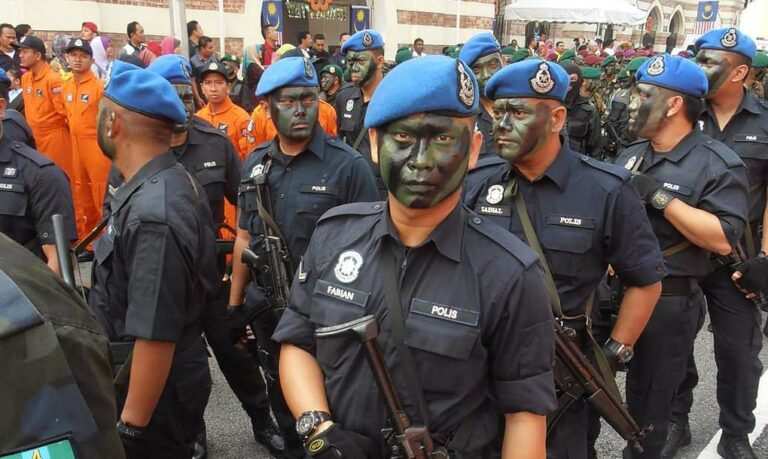 A series of American sanctions on a Macau underworld kingpin helped Kuala Lumpur pry the lid off a Malaysian connection to criminal groups in China and related police corruption in the Southeast Asian nation, a senior police official told BenarNews.

“It was crucial information, as based on the tip of the iceberg we were able to study the serious and extensive operations of the local syndicate, which has international connections,” Ayob told BenarNews., an RFA-affiliated online news service.

“It is very serious and we are very concerned what would have happened should we have failed to react accordingly and slam the brakes on their operation.”

Ayob said an investigation revealed that Liow was close to Wan Kuok Koi (commonly known as Broken Tooth), the leader of 14K Triad – one of the largest Chinese organized crime gangs in the world that has tentacles in many countries. Media reports claim the gang has more than 20,000 members.

“Liow and Broken Tooth are ‘as close as siblings’ and this was evident by Nicky’s appointment as the vice president of the World Hongmen and Culture Association, an organization sanctioned by the U.S. Treasury Department in December 2020 for alleged involvement in transnational organized crime and money laundering,” Ayob said.

“They have known each other since 2018, and Broken Tooth … had since been providing Liow with patronage and security assurance under his 14K Triad.”

The Hongmen association, which is based in Cambodia, is a global Chinese fraternal organization founded in the mid-1600s and synonymous with “Triad” syndicates in Macau and Hong Kong, the U.S. Treasury Department said when it unveiled sanctions on Broken Tooth.

“The World Hongmen History and Culture Association has managed to co-opt elite figures in Malaysia and Cambodia,” U.S. treasury officials said in a statement at the time.

“This continues a pattern of overseas Chinese actors trying to paper over illegal criminal activities by framing their actions in terms of China’s Belt and Road Initiative (BRI), the China Dream, or other major initiatives of the CCP [Chinese Communist Party],” the government agency said, referring to China’s ambitious program of building a modern-day Silk Road through a network of infrastructure projects stretching through Southeast Asia, South Asia and elsewhere.

“The World Hongmen History and Culture Association is spreading across Southeast Asia, establishing a powerful business network involved in the development and launching of crypto currencies, real estate, and most recently a security company specialized in protecting BRI investments,” the Treasury Department said.

Asked if Liow had any possible link with China’s Communist Party, Ayob said there was no such information for now.

Ayob said police believe Liow, who has been on the run since authorities smashed his syndicate and arrested 68 suspects in March, remains in the country while working on a plan to flee Malaysia. In addition, nearly three dozen police have been investigated for their roles in assisting Liow’s gang.

“We wish to issue a stern warning against those who are helping him to escape that they could be investigated under the Security Offenses (Special Measures) Act 2012 (SOSMA),” Ayob said.

Not naming anyone, Ayob said police were tracking prominent figures who have been linked to Liow, including some who have criminal records for involvement in corruption, commercial crime and violence, including sexual offenses.

Malaysian police previously said Liow was able to escape arrest because of a “leak of information” from a certain individual. Police did not release the identity of the person, who was taken into custody last month.

Ayob said Liow, who is believed to be worth more than 1 billion ringgit  (U.S. $242.6 million), amassed his fortune after striking a partnership with a China-based get-rich-quick operator, Zhang Jiang, who is jailed in his own country because of the scheme.

“According to sources, since taking over the business, Liow has improvised the scam in line with current investment trends to expand his empire,” Ayob said.

Liow’s Nicky Gang also operates a telecommunication scam where it tricks victims, mostly in China, into handing over large sums of money, allowing the gang to allegedly amass millions of ringgit.

He said while Liow had been charged over his alleged involvement in the triad gang, police were looking into filing additional charges linked to other offenses, including masterminding a scam syndicate based in Macau. That syndicate allegedly ran its scam from 48 apartment units in Puchong near Kuala Lumpur.

Regarding Macau, Ayob said police were investigating Liow’s possible direct link to Broken Tooth’s triad there because of his rapport with the gang leader.

“Based on intelligence information, we believe the Nicky Gang has some sort of connection with the international crime gang. We also believe and are investigating his connection with other syndicates in China, but we shall not reveal more for now until we complete the investigation,” Ayob said.

Although local police believe that Nicky is in Malaysia, authorities have reached out to Interpol to track him down.

“Yes, we have submitted a Blue Notice to the Interpol on him in early April and we are currently working on having him be placed on the Interpol’s Red Notice after securing a warrant of arrest from the court,” Ayob said.

Thirty-four police officers, meanwhile, are being investigated for allegedly working directly and indirectly with Nicky Gang, Ayob said, adding that investigators believe the network extended to other collaborators.

“We have identified more from the initial number of suspected conspirators, not only in the police force, but also in other government agencies,” the police chief of Johor said. “However, I must not divulge more as it is still under investigation and we will soon be making arrest of these internal collaborators.”

“The arrests will be done in stages. It is my intention and my aim that these arrests will end with them being charged in court,” he said.

Earlier this month, 14 people including Liow’s two brothers, Liow Wei Kin and Liow Wei Loon, were charged with involvement in an organized criminal group. They could face up to 20 years in prison if found guilty.

Previously, in an effort to take down the Nicky Gang, police rounded up 118 suspects during 70 raids over eight days that ended on March 28.

The Johor Commercial Crime Investigations Department seized 773,000 ringgit ($187,500) along with 35 vehicles valued at 8.86 million ringgit ($2.14 million) under provisions of the Anti-Money Laundering, Anti-Terrorism Financing and Proceeds of Unlawful Activities Act of 2001.

He said investigations revealed that the syndicate would target investors from China by promising them huge returns through investments in cryptocurrency, real estate and the foreign exchange market.

The police inspector-general vowed to go after dirty cops.

“No more warnings. I am fed up and enough warning has been given to them. I have said a long time ago to cut off whatever relationship they have with this gang,” Abdul Hamid Bador told a press conference, according to Malaysiakini, a local news portal.

“But from the look of things, from the results of the action taken, it seems there are traitors among my people.”