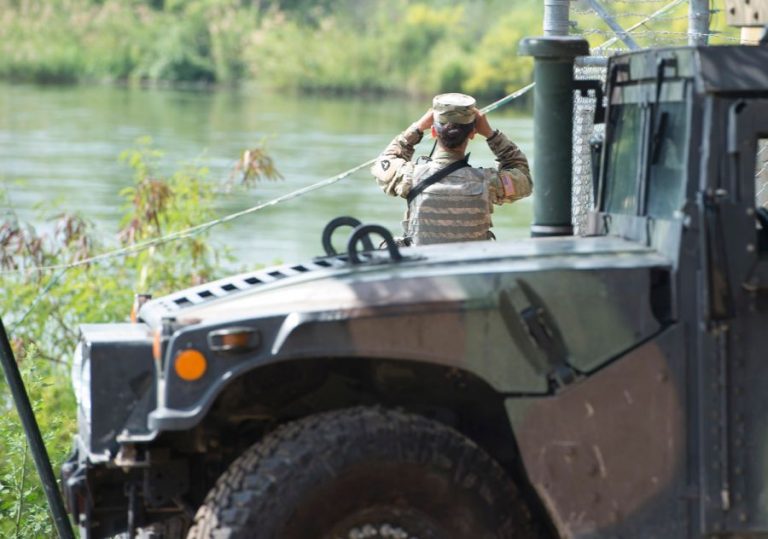 A soldier assigned to security operations on the U.S.-Mexico border rescued an unaccompanied illegal immigrant child from the Rio Grande River in Texas after the smugglers she was with abandoned her, according to U.S. Customs and Border Protection.

On the evening of April 19, several immigrants attempted to cross the border river to illegally enter the United States. Three of the individuals turned back to the Mexican side of the river after they realized they had been detected, but the fourth individual – a young child – struggled to get out of the water. An Army servicemember jumped into action, swiftly assisting the child out of the river onto the U.S. side.

Later identified as an illegal immigrant from El Salvador, the child did not suffer any injuries and was subsequently turned over to Health and Human Services.

“It is frustrating to me as a parent to see a young child left by smugglers to fend for herself in the swift currents of the Rio Grande River,” Chief Patrol Agent Matthew J. Hudak said in a statement. “With the aid of technology, the smuggling attempt was detected and a U.S. Army soldier supporting our agents was able to quickly get to the lone child and pull her out of the water to safety.”

The soldiers assigned to border security are working under the command of U.S. Army North, U.S. Northern Command’s lead, and are supporting border patrol agents in the Laredo area. According to the release, this is the second time in 2021 that a soldier has helped save a life in the Rio Grande.

The Biden administration’s Department of Homeland Security has said the rate of illegal immigration is on track to reach the highest in 20 years. Contributing to the crisis at the border is a recent surge in large groups attempting to cross into the U.S., totaling more than 100 illegal immigrants each.

Rio Grande Valley (RGV) agents have come across 44 groups of 100 or more people illegally entering the United States in the year alone, the press release stated.