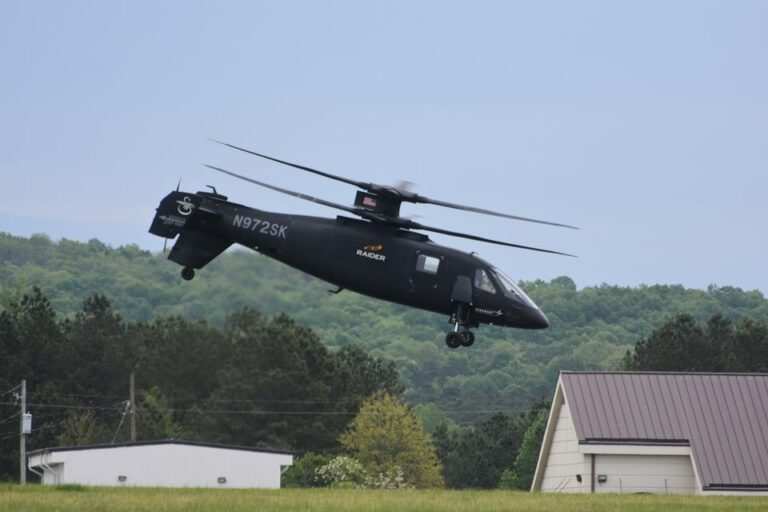 The sleek, twin-rotor helicopter hovering at steep angles and zooming at 200 mph over the Redstone Army Airfield in Alabama today could be one of the military’s helicopters of the future. If it is, that will be in large part because a team at Redstone wanted it that way.

After long, grueling wars in the Mideast that pushed its current helicopters to the max and beyond, the Army is on a mission to upgrade to new helicopters with the latest innovations in technology and electronics. It’s the Army’s third-highest priority for the future, and Redstone is the headquarters of the U.S. Army’s Future Vertical Lift Cross Functional Team. They’re the ones assigned to make it happen.

Sikorsky is one of two finalists to deliver the new Future Attack Reconnaissance Aircraft, as it’s called, and it brought a prototype of its S-97 RAIDER to Redstone today for a demonstration. Including an earlier demonstration flight Tuesday at the field, it was only the second time the helicopter has flown away from Sikorsky’s factory and test areas in Florida. And what was the Redstone reaction? Put it this way: When a bleacher full of officers got a chance to get up close to the helicopter after the flight, no one hung back.

The first thing the eye notices about the S-97 is its twin, coaxial overhead rotors. Twirling in opposite directions, they prevent the spinning that made earlier helicopters need a stabilizing vertical rotor on the tail. Now, the rear of the RAIDER is occupied by a rear-facing “pusher” propeller. That means extra speed – the test pilot’s favorite innovation – and the ability to slow the craft by reversing the propeller to keep it focused on a target longer.

Test pilots Christiaan Corry and Bill Fell flew 200 mph passes over a grass strip behind the main airport runway then hovered with the helicopter’s nose up and down at steep angles. Afterward, former Marine pilot Corry said the innovations allow pilots to concentrate more the battlefield and less on flying the helicopter.

“We have over 500 hours with these aircraft,” Sikorsky President Paul Lemmo said of the S-97 RAIDER and its counterpart competing to be the Army’s big helicopter of the future. “This technology is real. It’s manifested in these aircraft that are flying today, and we’ve been at this for about 12 years with the X2. What you’re going to see today is mature.”